The large numbers of cherry trees towards the southern end of the Park (over 400) were planted in 1935 by the Guides Association in the shape of their emblem â€“ a trefoil. The trees are planted as avenues alongside the paths and make a magnificent display of pink and white blossom in the spring. These trees are now over 70 years old and in decline. The Friends of Braidburn Valley Park are working with the City of Edinburgh Council on the management and replacement of these trees.

Alongside Comiston Road is a line of Wheatley Elms. These fine trees come into leaf very late compared to other trees (sometimes as late as May) and hold their leaves well into the winter, finally letting go their abundant golden leaves in late November. Unfortunately, like most elms in Britain, they are succumbing to Dutch Elm Disease. The City of Edinburgh Council carefully monitors these trees and removes any showing signs of the disease. 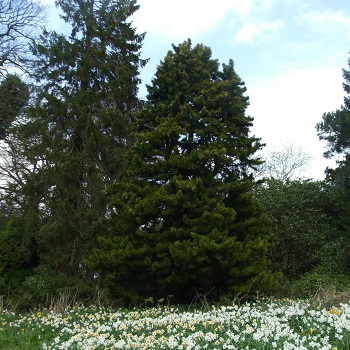 One of a row of sixteen London plane trees along the north side of Comely Bank Road. The large mature street trees form a prominent feature in the Stockbridge townscape. Extensively planted as a street tree in Southern England, planes are less common in Scotland.

The Clermiston Group on Corstorphine Hill

A group of large mature trees on open parkland of the side of Corstorphine Hill Local Nature Reserve. The Hornbeam stands within an avenue bodering an old track. It is very large for its species and it possibly the largest in the city. The horse chesnut and maple stand as open-grown specimens and are fine examples of their species.

28 hectares of new woodland was planted in 1997 during the 'Edinburgh Plantathon' as part of the Craigmillar Urban Forest Project. 39,650 trees were planted in three days by volunteers from all over Edinburgh and Scotland, in an attempt to set a new world record for tree planting by volunteers in this amount of time. 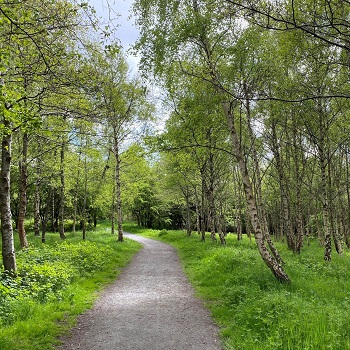 One of five monkey puzzles next to the rose garden in the grounds of Lauriston Castle. They are all mature specimens of good size. Monkey puzzles are native to Chile and were first introduced to the UK in 1795 by Archibald Menzies and were a popular choice of Victorian gardeners. The first large-scale plantings of monkey puzzles took place in 1843, so the trees at Lauriston could be among the first in Great Britain.

One of two weeping ash trees that are the centre piece of the annual bedding area of Saughton Gardens. Attractive all year round. 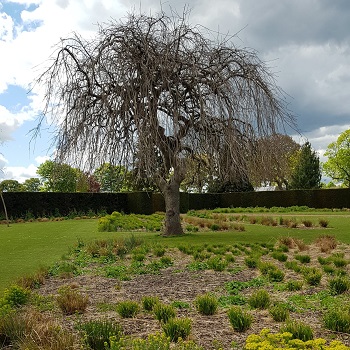 Camperdown Elm at St. Cuthbert's Church near the main door

Very large old specimen in a historical churchyard setting. It is possibly the Scottish champion in terms of girth (DBH: 63cm). It has an interesting form and structure and forms a good pair with the adjacent weeping elm (Ulmus glabra 'pendula').

The form of this tree is what really makes it so special growing right out over and down a rockface. The Sycamore has certainly been around for a great length of time and will hopefully be stuck tight for many more years to come.